Design a site like this with WordPress.com
Get started
Skip to content
Jay Reviews 18th Aug 201918th Aug 2019 2 Minutes 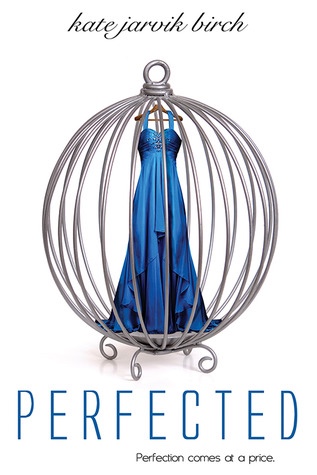 Synopsis: Perfection comes at a price.

As soon as the government passed legislation allowing humans to be genetically engineered and sold as pets, the rich and powerful rushed to own beautiful girls like Ella. Trained from birth to be graceful, demure, and above all, perfect, these “family companions” enter their masters’ homes prepared to live a life of idle luxury.

Ella is happy with her new role as playmate for a congressman’s bubbly young daughter, but she doesn’t expect Penn, the congressman’s handsome and rebellious son. He’s the only person who sees beyond the perfect exterior to the girl within. Falling for him goes against every rule she knows… and the freedom she finds with him is intoxicating.

But when Ella is kidnapped and thrust into the dark underworld lurking beneath her pampered life, she’s faced with an unthinkable choice. Because the only thing more dangerous than staying with Penn’s family is leaving… and if she’s unsuccessful, she’ll face a fate far worse than death.

For fans of Kiera Cass’ Selection series and Lauren DeStefano’s Chemical Garden series, Perfected is a chilling look at what it means to be human, and a stunning celebration of the power of love to set us free, wrapped in a glamorous—and dangerous—bow.

Review: So this book was not what I was expecting. It was kind of like ‘Wither’ by Lauren DeStefano but slightly less disturbing? I’m not sure but to me, this is kind of like The Handmaids Tale but PG/family-friendly.

So we start off with a girl being showcased and ready to be sold. She is a genetically modified human. She is currently 16 and has lived her life in a ‘breeding’ centre. Not really breeding but that’s where they are brought up and trained to be sold. She is bought by a rich man and wife and is named Ella by their young daughter and teenage son.

In this world, it is legal to buy these ‘pets’ as they call them. The pets (there are serval more like Ella) are treated quite badly, getting canned if they say one thing wrong or out of line. I would have loved to know more about this in this book (we do in the sequel though).

I liked Ella as a character. Usually, I’m a supporter of strong characters but I understand why she wasn’t. She didn’t have a choice then do what she was told otherwise she would probably be killed or have to go through the dreaded ‘red door’. She did gain confidence through this book which I was glad about. I did feel sorry for her and the other pets.

Penn is the love interest in this and to be honest, I think we could have learnt more about him in this book. We find that he dislikes his father and want to become a musician which his father disproves of. Therefore, he is rebellious but I didn’t feel like I knew him. I still loved his character though and how he tries to stand up for Ella.

Overall, I liked this book. It wasn’t amazing but it wasn’t disappointing either. I would like to find out what happens though as the cliffhanger that it ended on was amazing.

I love reading books and drinking anything with caffeine!! I review YA books (usually contemporary, fantasy and romance) I started a blog due to my sister who noticed my love for reading and encouraged me to make one. I'll post probably twice a week but that isn't for definite. I was going to use my nickname as a pen name however my nickname is Benjamin, "Why?" you ask.....I have no idea ask my sister. I didn't because I didn't want anyone to confuse me as a boy (Just to specify I am a girl). View all posts by Jay